The embossed leatherette cover to “Tips And Pointers For Underwear Dealers And Their Salesman”, April 1923

From the 1920’s through the 1960’s, many companies published their histories and accomplishments as self-promotional giveaways. They were often well produced and employed all the graphic and marketing devices that were current to the time. These were meant to impress the recipient with their use of sometime elaborate binding techniques and materials on the exterior, as well as plenty of photographs and illustrations within. But because these books were meant for folks involved in their respective industries, the subject matter was often elevated to a level of importance that may seem somewhat curious to someone not engaged in “the business” – but it’s what I find most entertaining about them. These self horn-tooting volumes can often be downright funny !

This post begins a series of visits to some of these self-promotional publications that are part of our studio’s library. . . 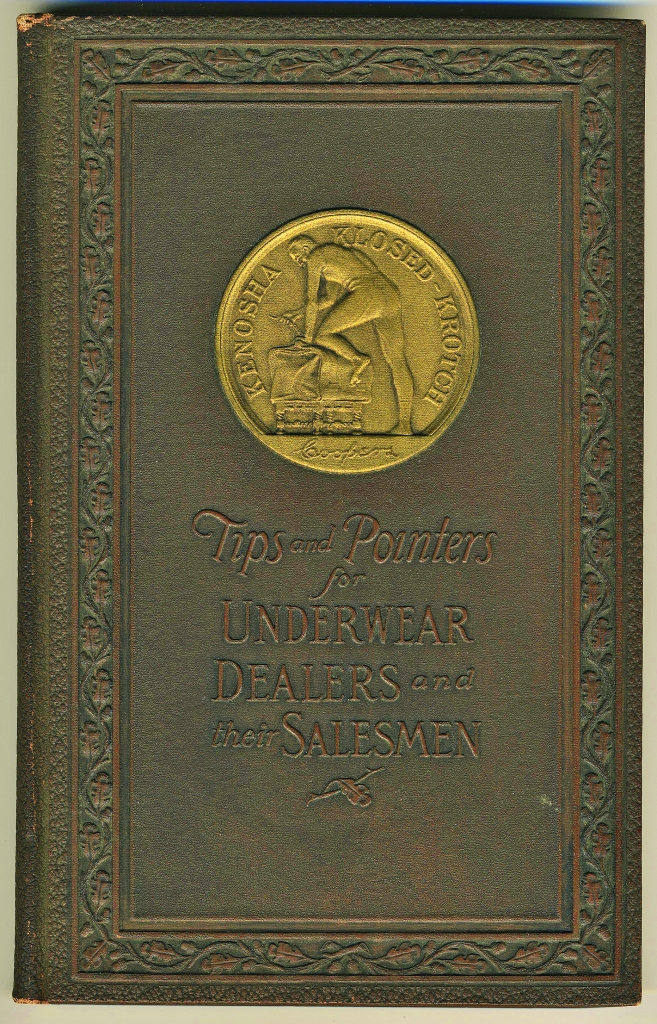 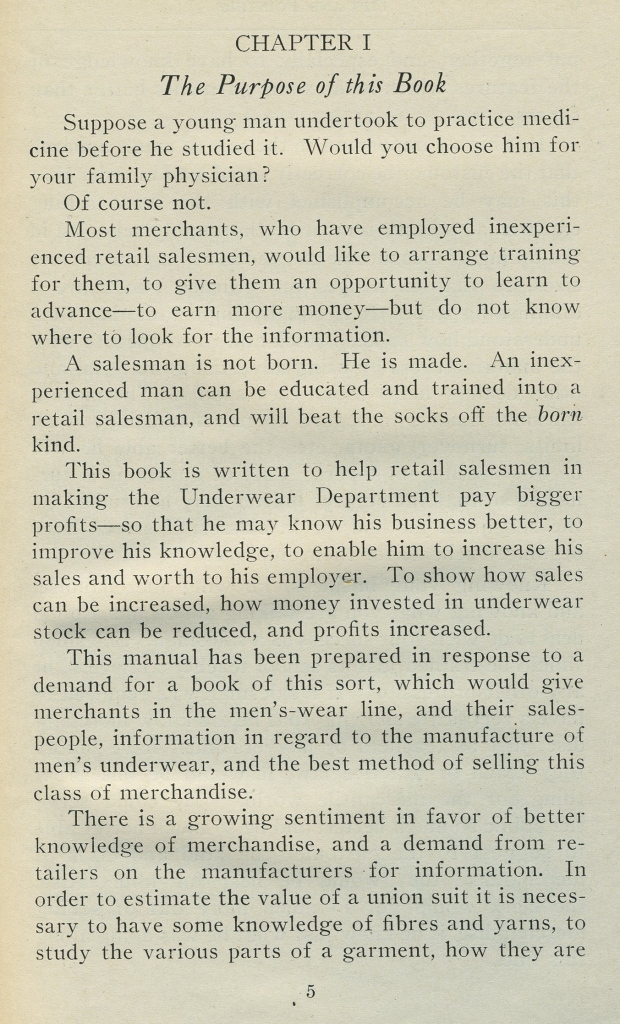 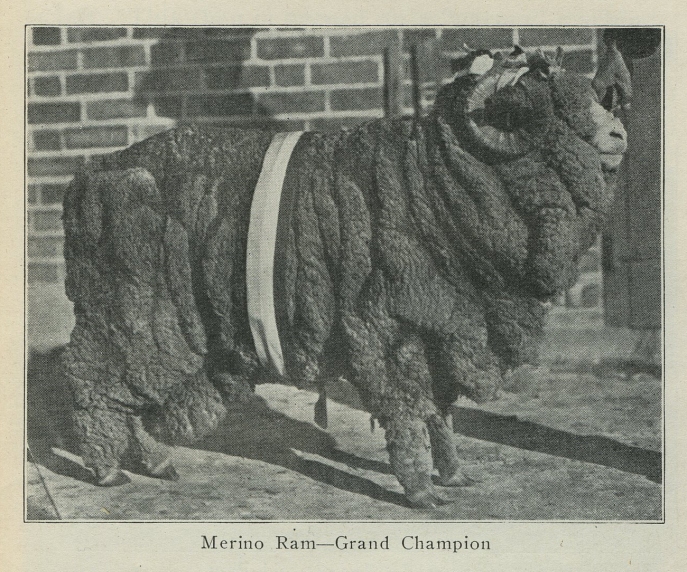 A guide to the proper fitting of the underwear “Union Suit” garment. 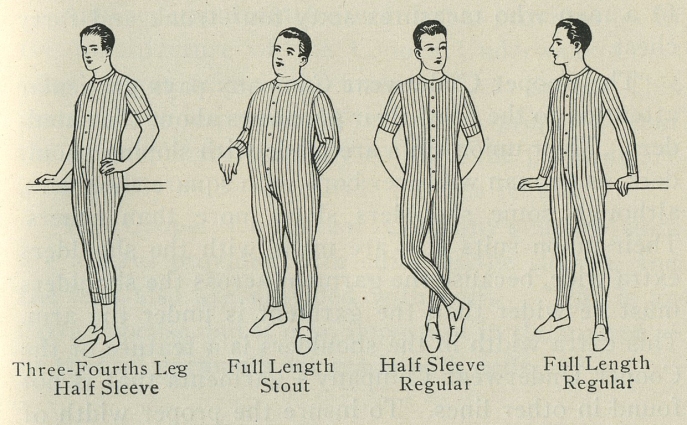 Who knew what went into long-john fittings. . .? 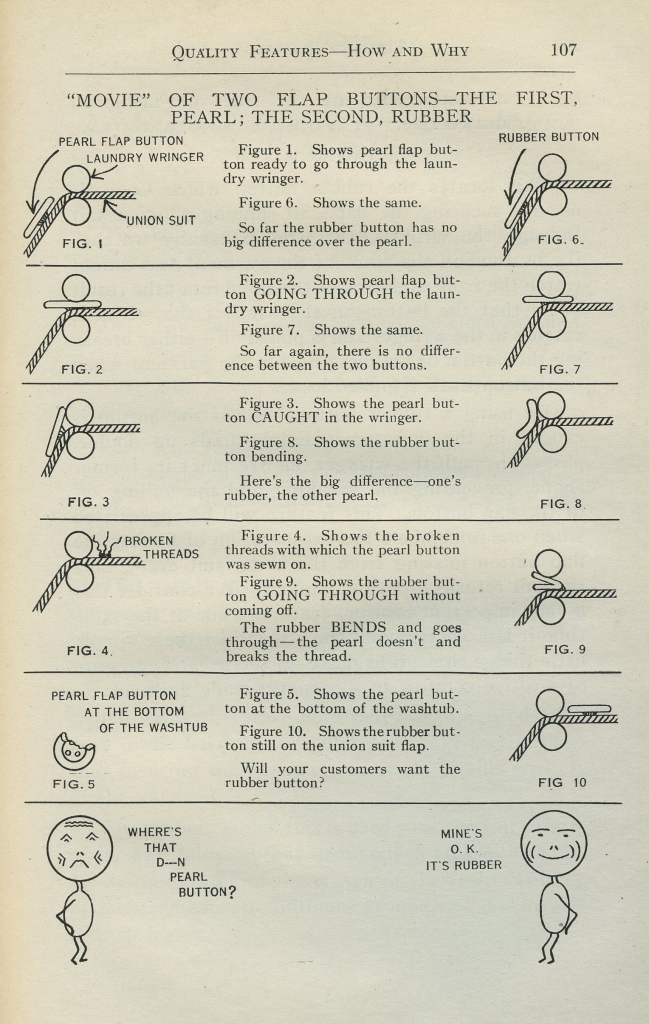 The thought of wearing wool in the winter. . . yeesh ! 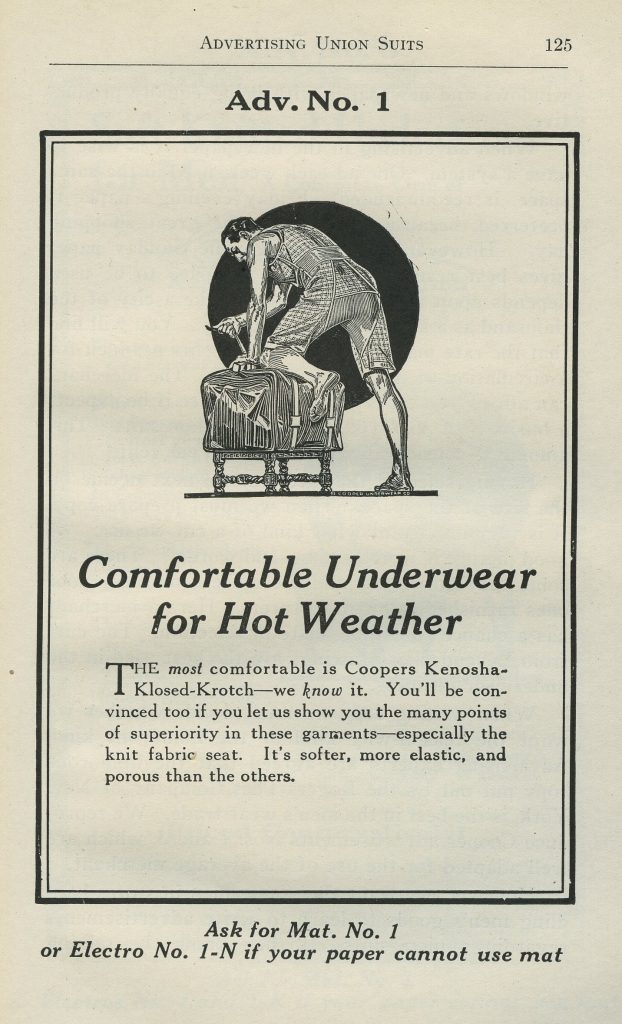 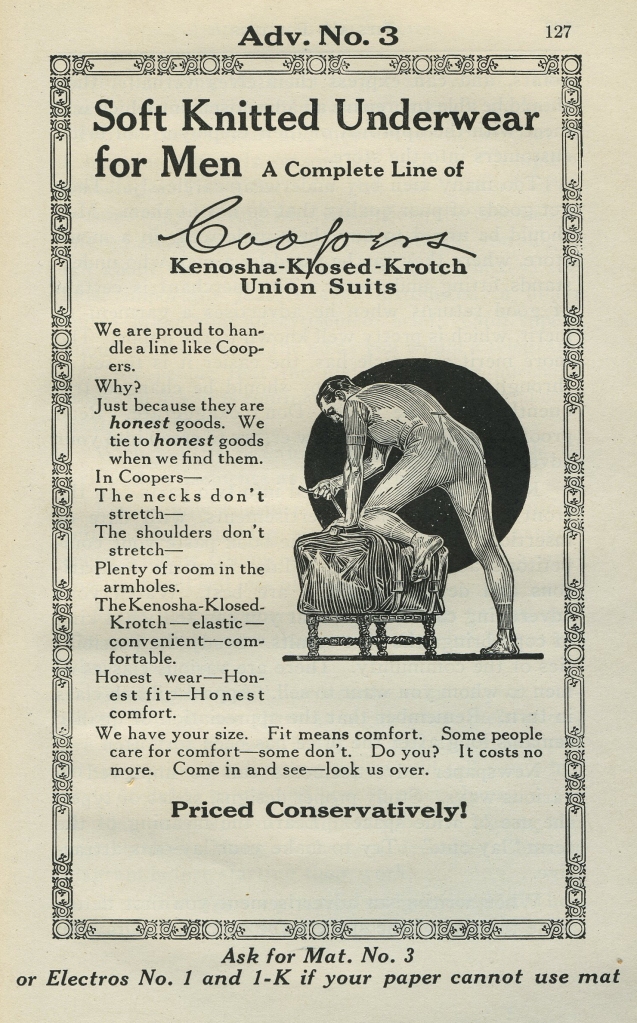 For projection during motion picture presentation.